Posted by Betty Ann Harris at 8:38 AM No comments: 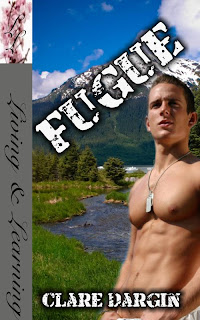 Cool Scifi for a Hot Summer!

Lt. Chad Meyer and his team of Navy Seals on a simple arctic training mission

normal day goes awry. Attacked by an unknown and deadly force, the team

now outgunned and out manned must fight for survival.

Chad, determined to safeguard the lives of his men, must use all of his

courage, will and stamina to make sure that they survive against their

Giving, his second in command, Chief Petty Officer Easely, a slow nod, he and the rest of the team who had become alert to the change in their behavior, prepared themselves to go.

"To our nine o'clock and watch my back," Chad mouthed, knowing they had to get to cover. They were weapon‟s poor and needed to procure safe ground if they were to make it out alive.

Easely cracked the slightest of grins, signaling to Chad that it was a given. The rest continued talking casually as if nothing out of the ordinary was happening. The adrenalin began pouring into Chad‟s veins. As if toying with them, the pebbles continued to fly through the air, pelting the trees in front of them. Taking one big breath, he bolted to his feet and headed towards the forest, away from the clearing. As they regrouped in the trees, they tapped each other‟s shoulder, one behind the other, assuring they were friendly and alive.

The pebbles followed them to the trees but this time with more force.

"What the hell are they doing?" Easely asked in a harsh whisper.

"Shit, if all they have are rocks then—" Easely said, just as an energy bolt popped a tree four feet in front of them. The smell of creosote filled the air.

Soon, the weapons fire came in barrages, pinning them. Then suddenly, bright beams of

light pierced the darkness. It was as if whoever was searching for them had a flashlight to see them. He and his team pinned their backs to the trees, unwilling to be spotted so easily. Looking toward the southern slope of the Brooks Range, the wind caused the clouds to shift at the top of one of its peaks.

Rushing down the mountain, it was not long before the frigid air reached them, causing moisture to run down Chad's nose. Shifting once again, the wind reversed its direction in the jumble of trees, and the lights went out as quickly as they came on. A barrage of fire soon followed. 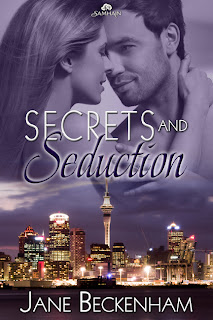 Jane Beckenham, who was selected as the 2010 AussieAuthors.com author of the year, has a new book release titled Secrets AND Seduction.
He wants to hate her, but a little lust wouldn’t hurt…
The only emotion Leah Grainger can muster when thinking of her dead husband is relief. Until she learns his gambling debt threatens her beloved farm and the child she wanted to protect from the rootless existence she grew up with.
The last straw? Her husband’s brother demands a meeting. When she charges into his office to tell him she won’t let another Grainger screw up her life, the startlingly handsome, former oil rig wildcatter goes for the jugular. He’s claimed legal guardianship of her daughter, bought her mortgage…and he’s moving in.

The final email Mac received from his suicidal brother blamed Leah for everything. If it’s the last thing he does, he plans to protect his niece. Even if it means using his millions to gain the upper hand. And hardening his heart against the beautiful Leah’s protests of innocence.

Yet something seems off. Leah is nothing like the uncaring woman his brother described. She’s warm, loving…and when a new threat to her child surfaces and she reaches out to him in need, his body won’t let him say no. Even when her last secret forces him to make a decision that exposes his most closely guarded possession. His heart.

Contains tug-your-heart love, raise-the-roof lust, a marriage of convenience and hot sex that will give a whole new meaning to the word “wildcatter”.
http://store.samhainpublishing.com/secrets-seduction-p-6353.html
Posted by Betty Ann Harris at 1:06 PM 1 comment:

Betty Ann says, "We are always helping each other, whether it be constructive criticism or moral support.

These four friends from different parts of the world would like to share their passion, friendship and books with you. 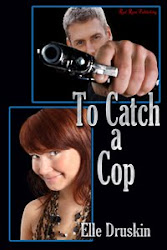 To Catch a Cop 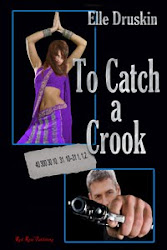 To Catch a Crook (Coming Soon!)